Everyone adored this symbolic cathedral of the city of Paris. Victor Hugo had devoted a book to him. The fire of Notre Dame de Paris is a shock for Parisians and for all the millions of visitors who visited. We do not remember it, but for a long time, Notre Dame de Paris was the tallest building in the world.

The fire of Notre Dame de Paris comes at the beginning of Holy Week. Either a few days before Easter, the cathedral caught fire. It was in the rafters around the spire that the fire would have taken. From the beginning of the fire, the workers would have already been heard by the Judicial Police. Investigators believe it could be an accidental fire at the attic level.
On the other hand, some rumors suggest two fire starts in different places.
It should be noted that the collection of the scientific police began on Thursday, April 25, 2019, ten days after the fire. (source West-France, the scientific police starts its sampling, 25/04/2019) In this very early evening, a mass takes place, and the alarm is triggered during the religious service. To recall, the frame of the cathedral of Nantes had flamed in 1972 also during renovation works. As a result, the visits to the Notre Dame frame closed. The attic, the structure, and the purple arrow Leduc were real architectural jewels. It will be necessary to wait 2 hours of the morning so that the fire is completely controlled. For long hours, the firefighters of Paris were afraid that the North Tower collapses totally with its eight huge bells. In nine centuries, the cathedral of Paris had never experienced such a fire.

When a work of art is burning, it remains a work of art, which explains why these images are tragic and can be beautiful at the same time.

Notre Dame de Paris, one of the compasses of humanity

The bells of Notre Dame had sounded the liberation of Paris. They had still rung during the attacks of Paris. There was also a Mass in memory of Father Hamel, brutally murdered in his church of Saint-Etienne du Rouvray. But this building was also an ecumenical place since it was at Notre Dame de Paris that took place the funerals of Charles de Gaulle and Pasteur. It is also and above all, a place of culture and history, a building open to everyone who addresses everyone.
Please note that the Paris Cathedral is a UNESCO World Heritage Site. The reactions were unanimous by all the mayors and presidents from around the world who supported the terrible fire of one of the most beautiful cathedrals of France.
This building had been bequeathed by previous generations. Work carried out during the Middle Ages. Notre Dame de Paris is a vibrant testimony that comes from the past. Our Lady had sounded wars, epidemics, and fires. Today she burned.

This cathedral is a symbol of France, the heart of the city of Paris. Indeed kilometer zero, the starting point of the roads of France is on the square of Notre Dame de Paris. The surface of our Lady is 4,800 square meters. The total length is 128 meters. This gives a distance of 69 meters for the nave, 14 meters for the transept, and 36 meters for the heart — the two towers measures as for the 69 meters of height. Notre Dame de Paris was until April 15, 2019, the building the most visited Paris with 30,000 visitors a day. And during religious holidays this figure could rise quickly to 50,000 visitors per day.

The frame of Notre Dame

The frame would have required a thousand oaks to create a tangle of beams. It is, therefore, 1,000 square meters that went up in smoke in a few hours. This frame also ensured the stability of the whole building dated from the 13th century. That is, the trees on the roof of the cathedral were over 1,000 years old.

In the south tower, which is the closest to the Seine, the Emmanuel bell dates from 1686. It sounds in F sharp. The weigh of Emmanuel bell is 13.2 tons for 2.62 meters in diameter. It is the biggest of the cathedral (the biggest bell). The second bell of the South tower is Marie. A signal that dates from 2012 that sounds in G sharp. Its weight is six tons.

The firemen took thirty minutes to join Notre-Dame de Paris. Why? Simply because there was an error in the labeling of the boxes of the fire alarm. The French administration had known this error for about ten years, and it was regularly reported in its various reports on the fire safety of this religious building.

In these photos, we see very well that the wind pushes the flames and fumes towards the arrow and the two towers. That’s why we almost lost on April 15, 2019, the two towers of ND of Paris. The fire was also declared in the north tower, and luckily it was circumscribed in time. 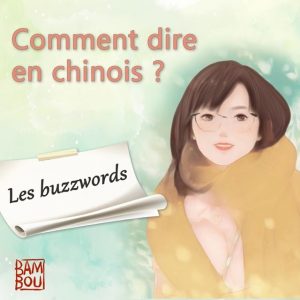